Inspiration for me comes in many forms: people, events, music and colour. I began to think about my latest piece "Cherry Red" after hearing the song  "Midnight Blue" by Lou Gramm while driving on the flat prairie highway. I then thought about those one hit wonders that create a song and it is super popular but don't make another.

It was another series of events that caused the final decision to make the piece. I was in Toronto having dinner with friends. One of the people there is a former race car driver. He had images of himself in his race gear on his phone and he was showing me them and of course he was dressed in red (one of those race car driver suits), it brought up images of an art exhibition that I saw in Venice last spring work by Enrico Ghinato he paints incredible pictures of race cars, often cherry red.  And thus the painting began. People, events and music all part of the making of the piece.  I use one colour and a combination of gloss and matt finish.

Rouge Gallery had put out a call or their "Touch of Rouge" exhibition and I had orginaally thought to include something I had already created but after the series of events detailed above I decided to make a "Cherry Red" nest.  The exhibition opens July 5 at 7pm and runs until August 31.

I am thinking of creating a whole series of one hit wonders all a different colour all the same size. This piece is 60 x 24". 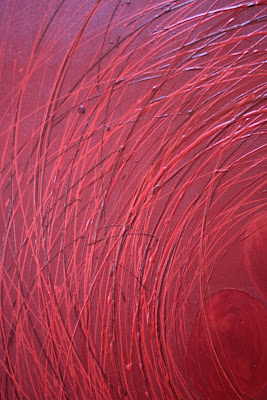 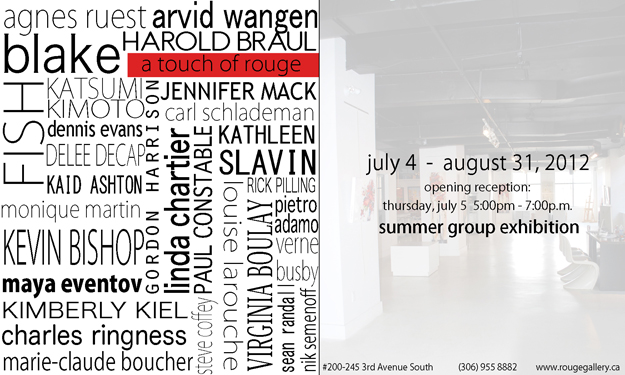 Sunday June 3 is a big day.

It is family day at the Children's Festival where 45 of my sculptural nests are on display.
The nests will be on display at the festival until June 6.

As well there is an opening reception at Rouge Gallery for my Nest-Nest Egg- Empty Nest series. The first 100 people to come to Rouge Gallery between 1:00 and 3:00 and show off a nest creation that they have made will recieve a small piece of my nest art. The artwork in this exhibition is different than the last two exhibitions of this series. 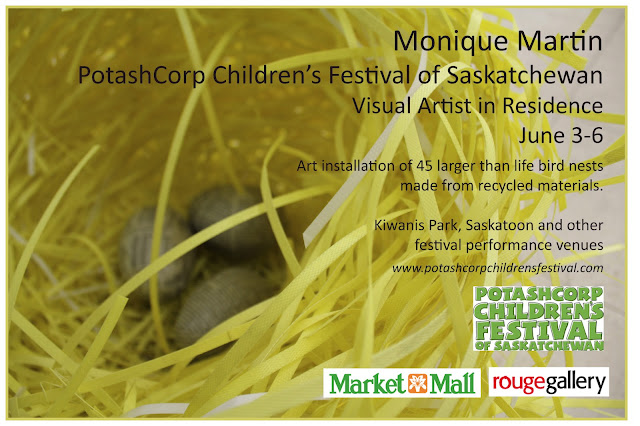